It's a good thing that cigarettes aren't addictive. I spotted these kids puffing away on the street, lighting a new cigarette with the butt of another. The youngest was probably about six or seven years old.

Nicki, my Taiwanese friend, and I took the bus to Vang Vieng, but the road was flooded and blocked some of the way, so vehicles had to pass in single file. The water was so deep in spots I thought we were going to roll over and drown in the bus.

This country is right out of The Lost Horizon. There is very little civilization between Vientiane and Vang Vieng, just lush countryside set in a mist of cloud. Thatched houses cling perilously to the cliffs and I don't think I would sleep well if I had to dwell in one of them, particularly with monsoon rains and landslides threatening to send them tumbling into the ravines below.

We were stopped by the police during the journey. I don't know what they could have been looking for in that desolate outback, but there they were. 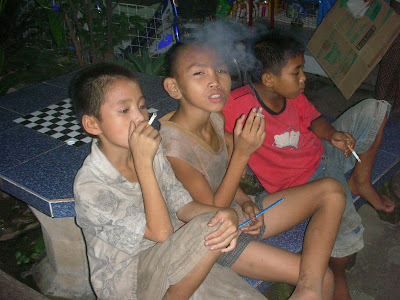 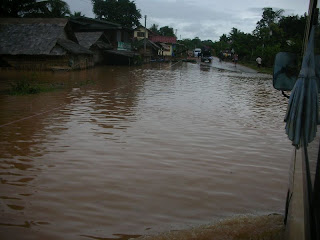 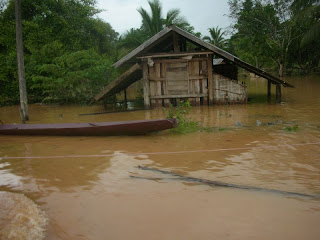 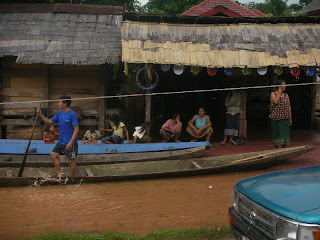 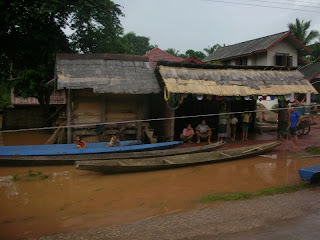 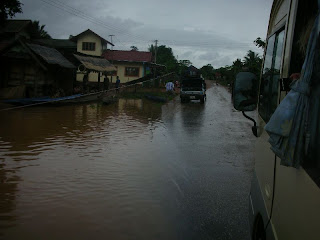 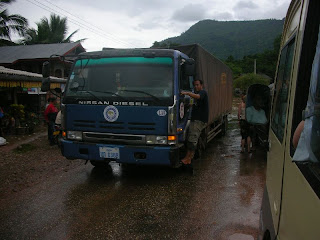 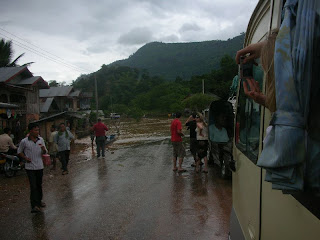 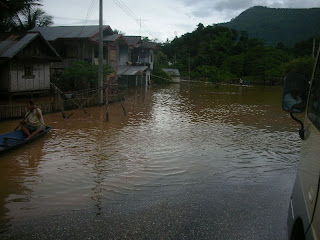 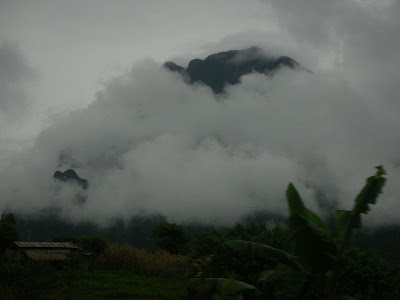 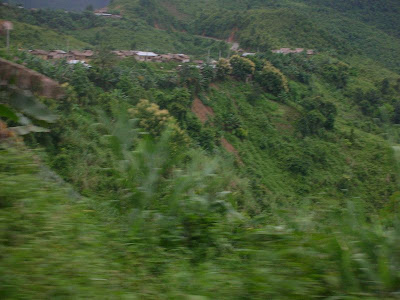 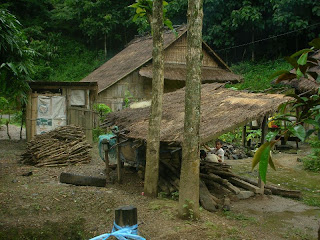 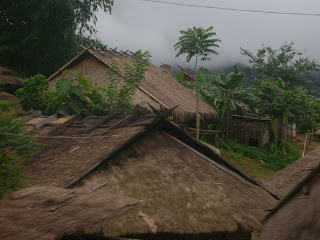 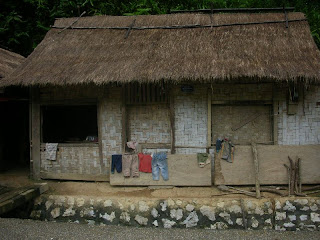 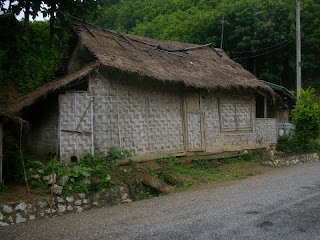 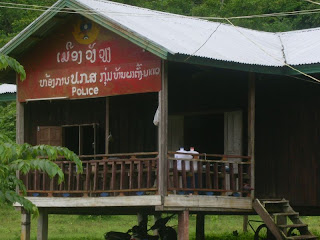 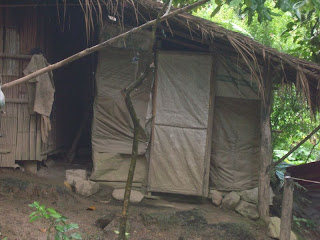 Like every other country I've visited, riders were jammed into the local transport. Cute kids were at the window of one of the thatched houses along the way. 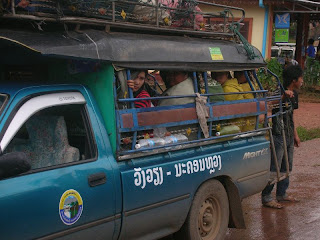 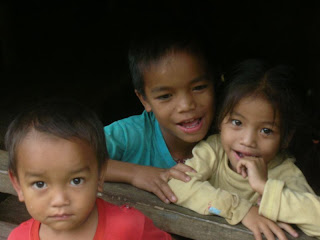 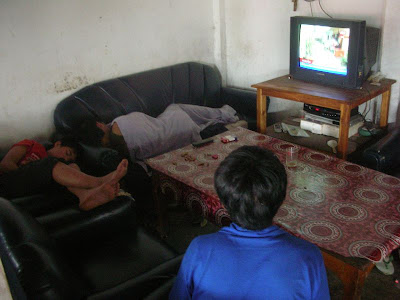 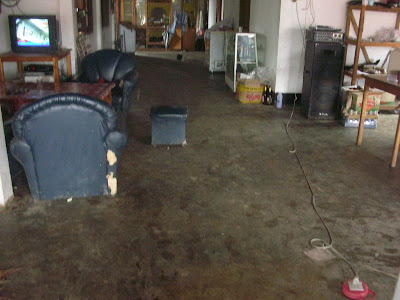 We stopped in a small town at what the bus driver told us was a restaurant. We walked into an enormously filthy room, where two young men were sleeping on broken couches and another watching television; they weren't the least bit interested in serving food but concurrently, I wasn't the least bit interested in getting food poisoning. One of the fellows opened an eye, scratched his parts, and turned over and went back to sleep. A cassette player blared out 70s rock, competing with the television. I found that people moved at a similar pace all over Laos: walking while lying down. That was part of its charm.
Posted by Nancy O 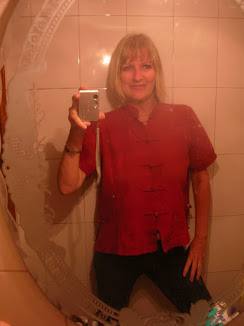